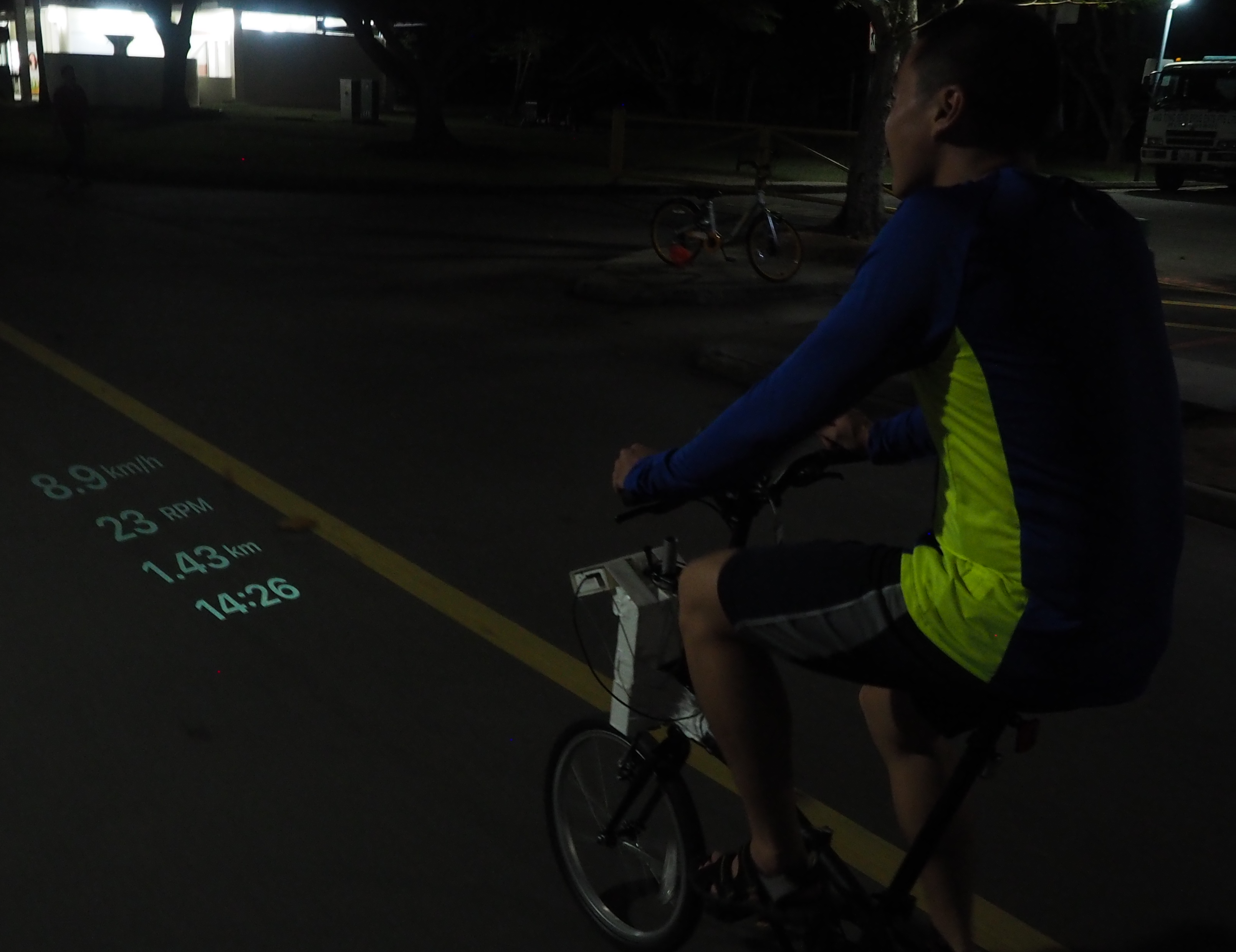 (This project has transitioned to the GameLight project)

Professional and avid cyclists currently view real-time performance and general cycling data (e.g., speed, cadence, distance, time, heart rate and power) through a small screen, either via a smartphone or cycling computer, mounted on their handlebars. These data metrics are also primarily used during the actual cycling activity to regulate their effort and basically train smarter in general. Having to view it on the small screen on their handlebar takes their eyes off the real environment and may affect their concentration, or even become dangerous for themselves and to others.

This study is an initial exploration into whether real-world augmented (RWA) data can improve the experience of cycling provide an alternative way to better integrate cycling metrics into their natural cycling environment. We basically design a customized projection system mounted on a bicycle to enable the integration of visual data on the ground within the cyclists’ natural field of view during cycling.

Our primary hypothesis is that using RWA data improves the engagement of people during cycling activities, in contrast with using screen-based data mounted on the bike. We will employ a within-subjects study in which participants will be using both screen-based and RWA data across varying experimental conditions. We will employ pre- and post-questionnaires as well as individual semi-structured interviews to collect experimental data. These data will then be analysed to form conclusions as well as invoke discussions about our findings.